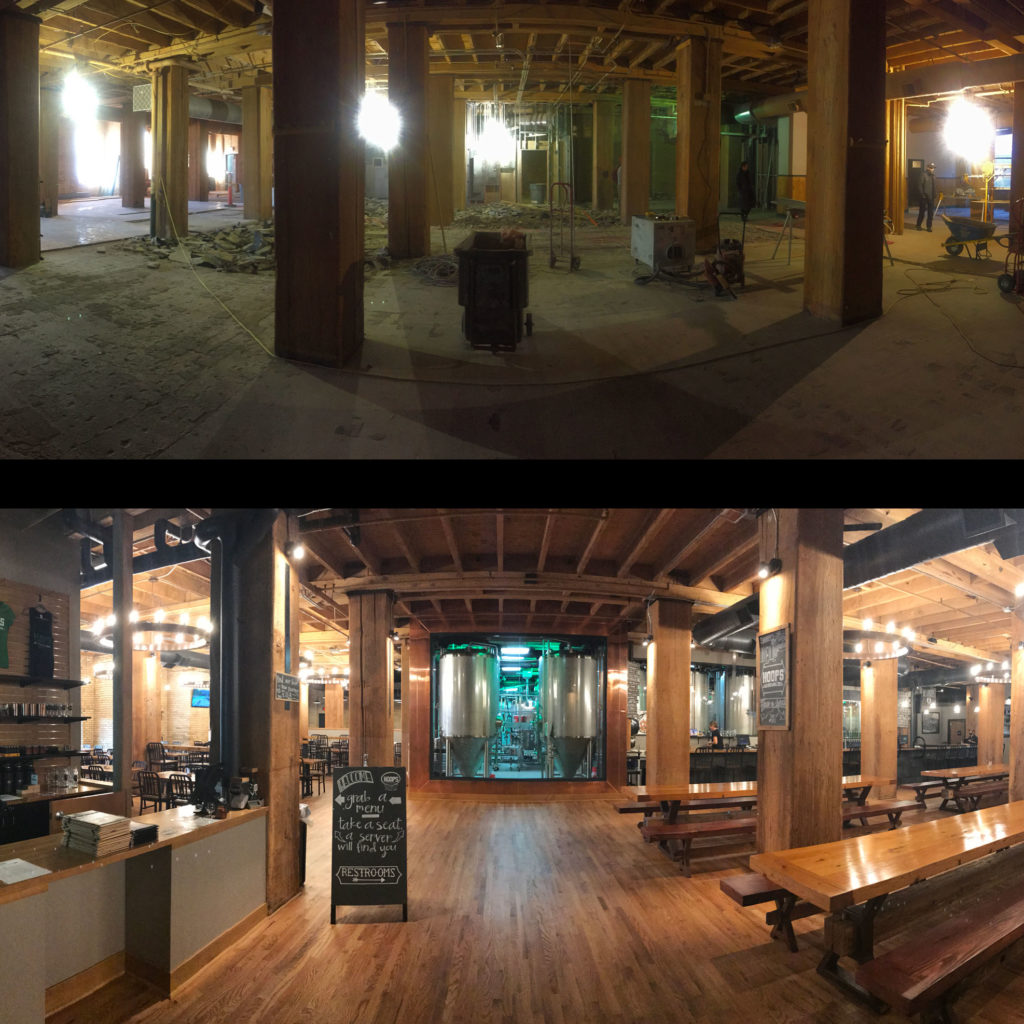 The Hoops Brewing Company was established in 2016 by owner Dave Hoops. After 25 years as a ground-breaking craft brewer in 3 states, Hoops knew it was time to realize his dream: Hoops Brewing in Duluth, MN. Finding the right space was a critical key to achieving this, and the stars aligned with a chance meeting with the owners of the historic Marshal Wells Building, built in 1889, at 325 S Lake Avenue in Duluth’s Canal Park. With the closing of the Timber Lodge Restaurant located at street level in the building, the owners were looking for a local business to take over the large 10,000 square foot space. It was a perfect fit for Hoops’ vision, not only for the brewery and beer hall but also the location very near the beloved Lake Superior – for its beauty and for its pristine water for the beer.

Demolition and reconstruction began in September of 2016 with an amazing team of local professionals. The brewhouse was contracted October, 2016 to WM Sprinkman, Co – an industry standard for brewhouse development – out of Wausheka, WI. This would be Sprinkman’s very first 15 bbl system, and also their first brewhouse delivered into Minnesota. Hoops and the brewers commissioned the brewery on May 10, 2017 with our No. 5050 Hefeweizen, and Hoops Brewing opened it’s doors to the public on June 21, 2017.

Subscribe to our newsletter for Hoops Brewing updates and events!